Infidelity — The Truth on Why People Cheat

Almost half of couples have dealt with or experienced infidelity in marriage. In the US, infidelity is the second leading cause of many divorces. 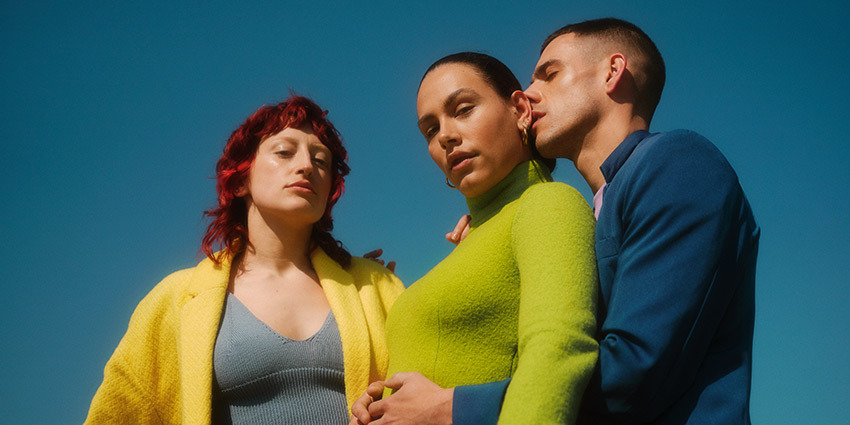 What’s also interesting is that the majority of people, even those who cheat on their significant others, tend to believe that infidelity is wrong. Yet people don’t seem to be having fewer affairs, despite their negative beliefs towards it.

The psychology of why people cheat is difficult and hard to study because it relies on people self-reporting on their experiences which sometimes can be unreliable.

But researchers have found quite a few reasons as to why people cheat and turn to infidelity. And yes, it includes even people who are in happy and healthy relationships.

Why Do People Cheat? The Primary Reasons

There are many different reasons why people choose to cheat on their partners, no matter how happy or not they are in their relationships. But these are some of the most common reasons for infidelity, according to recent research:

As horrible as it might sound, but wanting to hurt a partner is one of the primary reasons why people cheat. It happens due to two reasons:

This type of affair reportedly also lasts longer than affairs prompted by situational scenarios, where one was either intoxicated or caught in a moment.

Another very common reason why people cheat is the loss of love for their partner. The beginning stage of a relationship, the one where everyone’s high on love hormones and can’t seem to keep their hands to themselves, only lasts so long. And once it’s over, the relationship turns into work and requires the active participation of both partners.

This is when some people might be venturing outside to look for that same feeling of falling in love with someone else instead.

Low self-esteem can be a huge driving force for infidelity in relationships. While infidelity is about sex, sex itself is rarely only about sex. It has an immense effect on the way people feel and view themselves, and having sex with a new partner can hugely improve it.

It can boost the ego, make people feel more confident and attractive, which are all powerful motivators when it comes to seeking sexual encounters outside of the primary relationship.

This is the reason that most people attribute to why people cheat. If they’re not feeling loved in their marriage, if the sex life isn’t good or non-existent at all, and if they feel like the day-to-day responsibilities are getting in the way of happiness, it’s easy to go looking around for happiness elsewhere.

Infidelity also can happen if partners are not compatible and don’t share a mutual understanding of each other’s interests and preferences. For example, they have different love languages and don’t pay enough attention to them.

All the small details can add up and lead to people venturing outside their relationships to find satisfaction without actually leaving the relationship they’re not happy in.

Another common reason why people cheat is because they’re sexually attracted to another person, the one that they’re not in a relationship with. Feeling attraction to other people is inevitable. Just because someone is committed and chose their partner, it doesn’t mean that they won’t ever feel anything to another human being.

What prompts a person to act on that sexual desire for another person is usually the need to experience something new, boredom in the current relationship, and unsatisfying sex life with their primary partner.

Researchers have found that sometimes people seek out infidelity when they’re in a happy and content relationship not because of their partner but rather because they’re looking for themselves.

“Sometimes when we seek the gaze of another, it’s not our partner we are turning away from, but the person we have become. We are not looking for another lover so much as another version of ourselves,” psychotherapist Esther Perel explains.

When there is too much of “we” and not enough of “you” and “me” in the relationship and when the line between two people becomes too blurry, this is where the issue starts, and this is where people tend to go looking for themselves outside their marriage.

“Infidelity can provide moments of finding, being, or exploring yourself as separate from another,” Australian sex coach Georgia Grace writes. “Infidelity can be exciting, liberating, and empowering – reinvigorating their sense of self and sensuality.”

“The indeterminacy, the uncertainty, the not knowing when we’ll see each other again—feelings we would never tolerate in our primary relationship—become kindling for anticipation in a hidden romance,” Perel writes.

People want something they can’t have, and because of this reason, the affair fuels the desire for it by itself. It’s almost as if they’re fulfilling their sexual fantasy, but in real life, with someone, they wouldn’t find themselves in a long-term relationship in most cases.

Now, while sexual fantasies are not bad or harmful and are a sign of a healthy sexual desire, it doesn’t mean that those fantasies (at least not all of them) should come to life. Like, for example, having an affair while in a committed relationship.

Men vs. Women — Do They Differ?

Throughout history, infidelity used to be something reserved for men, and because of it, the pain and immorality of it were overlooked as men benefited from it while only women were on the suffering end.

In the contemporary world, the power dynamics, as well as our habits, have shifted, and infidelity is not something that only men do anymore. However, while women engage in infidelity, research shows that men are still having more affairs than women. The gap especially widens between the genders as they age.

And the reasons for infidelity, as well as the way each gender views it, also differ slightly.

Women tend to have longer affairs than men, and they tend to pay more emphasis on emotional cheating rather than physical. When they seek out infidelity, they do it because they’re not happy with the emotional side of their current relationship.

However, some studies show that both women and men seek to engage in infidelity as a way to improve their sex lives as their sex lives at home, in their primary relationship, are not as good or exciting as they would like it to be.

Who is More Prone to Infidelity?

While nobody is really exempt from cheating on their partner at some point in their lives for many different reasons, there are certain things that make people more prone to infidelity than others:

Once a Cheater, Always a Cheater

If a partner has cheated before in previous relationships, the chances are that they might cheat in their current relationship as well. In a study conducted in 2017, researchers have found that those people who have cheated before are three times more likely to cheat again.

If a person has unresolved trauma from past relationships or childhood, they might have issues that drive them towards infidelity. Studies show that children who had parents who had affairs are more likely to involve themselves in them as well.

People who have unresolved and unaddressed issues with fear of intimacy or commitment, as well as anxious attachment types, could also be prone to infidelity as a way to improve their low self-esteem and make themselves feel inferior and better about themselves.

The same goes for people suffering from sex addiction. The chances are that one party in a relationship might not be able to satisfy the addiction of the suffering partner, and they might seek out comfort and satisfaction elsewhere if that’s the case.

Should You Try to Work It Out, or Should You Leave?

Whether you decide to work things out with your cheating partner or exit, the relationship depends on many factors and is a very personal decision.

And while the first instinct might be to end it and move on, as the initial stage of finding out about infidelity is horrible, there are some things that might be worth considering before making any decisions.

Learning the Real Reason Why

As we already discussed in the reasons why do people cheat, sometimes the reason for it has nothing to do with the relationship or the other partner, and it’s all about the inner world of the partner who cheated.

Communicating with your partner should be the first thing you both do, whether you think you won’t ever forgive them and want to end the relationship or you want to work it out. Either way, you have to get to the bottom of why it happened.

Most people see the infidelity itself as the issue as to why the relationship doesn’t work and has to end. But most often than not, it’s not the issue itself, but rather a symptom that something was wrong in the first place. Not necessarily with the relationship or the other person, but wrong nonetheless.

If you figure out that that infidelity was a cry for help and not the way to end the relationship unconsciously, then it might be worth working things out with your partner if you’re both willing to put in the work.

Why It’s Important to Work It Out, No Matter the Ending

If you leave the relationship before you figure out the reason behind the infidelity, there is the chance that you’ll carry the trauma and hurt with you into your next relationship.

This is not going to be healthy or useful, and unresolved trauma can either lead to a toxic relationship, low self-esteem, or trust and commitment issues which all can lead to infidelity, escalating into a never-ending cycle.

For this reason alone, it’s important to get to the bottom of the issue and why the infidelity happened. Make sure to set the record straight on who is responsible for it and what it means going further.

Karolina Wilde is a sexual wellness writer. Her work has been published on The Ascent, P.S. I Love You, and Sexography reaching over 25,000+ readers. In her free time, you can find her podcasting, reading, or creating TikTok videos.