Does it Exist? Experts Weigh In

Love at first sight is so often romanticised. In movies, films, and even in real life. And while the thought of it does sound appealing, there is the flip side of it all. In other words, is love at first sight actually quite shallow? 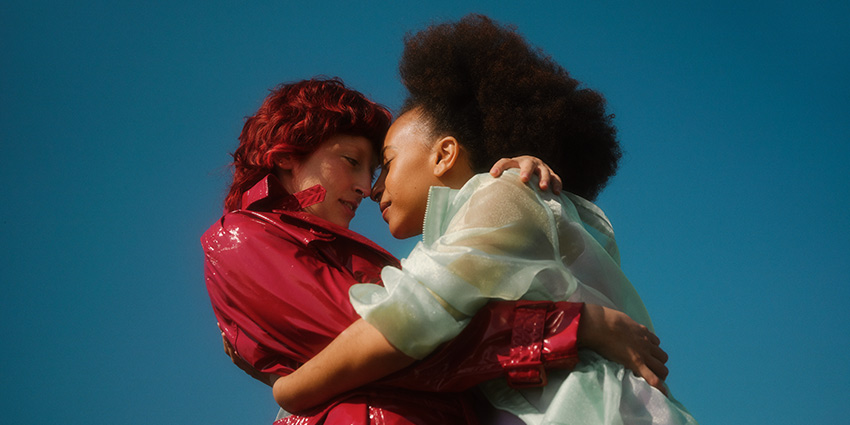 Does it mean that one can be filled with feelings of love and lust without ever having even spoken to someone, basing all of their warm and gooey emotions solely on another’s appearance?

Well, personal opinions aside, let’s look at actual research. Because, of course everyone will have their own take on love at first sight, and research doesn’t lie.

According to Research, Does Love at First Sight Exist?

In 2017, a study by Florian Zsok, Matthias Haucke, Cornelia de Wit, and Dick Barelds was conducted looking at the kind of “love” that occurs at first sight.

Before they got to work, they noted that love, as a general definition, was characterised by high levels of passion.

Then, they began their research.

They studied 400 men and women who completed a survey about potential romantic partners immediately after their first meeting. What they found by studying participants and their levels of love when they first met potential partners, was that oftentimes, this love was not characterised as being full of passion, intimacy, or commitment.

Instead, it was fuelled by physical attraction. With this, they came to the conclusion that the notion of love at first sight could often just be chalked up to people feeling a strong initial attraction.

On the other hand, they discovered that yes, some people really do experience love at first sight but mostly when they put on their trendy rose-coloured glasses and/or when they have a willingness to begin a relationship.

They also found that the experience of love at first sight was not memory bias (someone having created the illusion of having fallen for another instantly).

Look at Prince Harry, for example. He admitted to experiencing love at first sight when he first laid eyes on Meghan Markle, saying that he knew she was ‘the one’ the very first time they met. This too is the case with Ellen DeGeneres and Portia de Rossi, and Matt Damon and his wife, Luciana Barroso.

Celebrities aside, a 2004 study by Earl Naumann found that most people have experienced love at first sight. In fact, their research found that 60 percent of their test subjects admitted to feeling it.

Basically, if not you, you probably have a friend, family member, or co-worker who boldly admits to having experienced it.

Adversely, in a different 2016 study by James A. Grant-Jacob, it was found that people can become emotionally attached to another at first sight. Why? because many find themselves attracted to those who they believe they can trust. In this case, trust correlates to compatibility and similar personalities.

It’s also true that some tend to experience love at first sight when they see someone who has similar physical attributes as themselves. This often leads them to believe that they have similar personalities too.

At the same time, this study did take note of the fact that the superficiality of love at first sight often has an effect on the duration of a relationship that occurs because of it.

This could be because, upon taking the time to get to know each other, they may learn that there is, in fact, no common ground.

On the other hand, they found that it is possible for a positive first impression to turn into long-term attraction.

Going back to the 2017 research by Zsok and team, here are the main points that they concluded after their research on the concept of love at first sight:

In other words, in this study, the scientists do actually believe that love at first sight exists, but not in the conventional sense that we believe love to be.

Instead, they characterise it as a strong pull or attraction that makes someone particularly open to the possibility of a relationship.

What is your take on the notion of love at first sight? Do you believe in it? Have you experienced it? We want to know!