A Guide to Stimulating an Uncircumcised Penis

It is estimated that 37 to 39 percent of penis-owners are circumcised globally. This means the majority of penises have foreskins and yet, there are too few resources for how to effectively stimulate an uncircumcised penis. 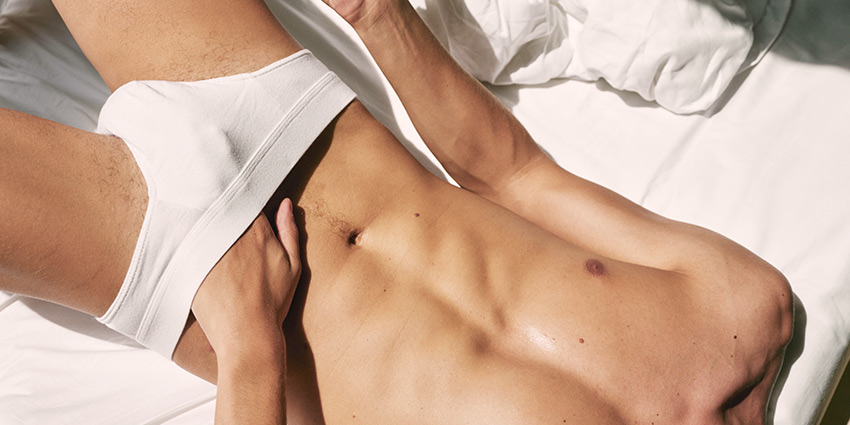 Part of the blame, at least in my opinion, is that anywhere between 76 to 92 percent of Americans are circumcised, whereas in most Western European countries these rates are less than 20 percent. And since American content accounts for 60 percent of global internet pornography, we’re influenced to believe that circumcised penises are the norm, when in actuality, the opposite is true.

However, even circumcision in the United States has been steadily dwindling over the decades, meaning fewer infants are being circumcised in one of the procedures’ most prominent countries.

All of this is to say that we’re in desperate need of pleasure-based information that better reflects the global population and that a guide to stimulating uncircumcised penises is long overdue.

Due to North American customs and representation in adult media, people with intact penises may regard their bodies as different from others. It’s an insecurity that’s further compounded by bullying, as research from the University of Iowa found that one-third of undergraduates were teased during high school and middle school for being uncircumcised or possessing penises deemed “strange.”

If you get the sense that your partner is insecure, quickly put them at ease with a compliment.

“Let them know their penis is hot using actions and words,” staff sexologist at Good Vibrations, Carol Queen, Ph.D., says. “Tell them you really want to learn to play with it and hope they’ll teach you! If they say anything that seems self-deprecating, follow it with ‘I think it’s amazing’ or something similarly supportive.”

Pulling the foreskin back.

When confronted with an intact penis, the initial instinct might be to pull the foreskin back, but that might not be the best idea.

Because the glans of an uncircumcised penis aren’t exposed to the elements and constantly brushing against harsh clothing, it’s much more sensitive than those who’ve had their foreskins removed.

In this case, the glans, like the clitoris, are accustomed to being protected by a layer of skin, meaning one should approach the head of an exposed penis with the caution they would a clitoris.

Some glans are so sensitive that they can’t so much as be touched without severe discomfort or over-stimulation. Others, however, prefer lots of contact with their glans exposed, and are particularly fond of their foreskin being pulled over the head repeatedly during a hand or blow job.

“I’d say some general truths are that most folks won’t want their foreskin pulled back completely right off the bat, and most folks who are intact will have a more sensitive head then folks who are circumcised,” says Carly.

“Pulling the foreskin back is usually best saved for when they’re quite turned on,” Queen adds.

Some foreskins are tighter than others, to the point that pulling it back can be painful (this condition is called “phimosis” and can affect one to five percent of penis-owners 16 years and older), whereas others just have extremely sensitive glans.

Since there is no telltale way of knowing when the glans are too sensitive, the best policy is to ask. If you’re shy, observe how they play with themselves and apply similar techniques when you put your hand/mouth to penis.

As with most things concerning sex, you’re best to start slowly, gradually building intensity, gauging their reaction. If you’re having a difficult time reading them, ask how it feels and if they want more speed, pressure, etc.

Carly recommends using lube to ease sensitivity, while offering an easier glide when stroking. She and Carol both suggest treating the foreskin as you would a stroker, with targeted stimulation around the head.

Most intact penises derive great pleasure from the frenulum, since some of these nerve-endings are removed during circumcision, so it’s best you take advantage of this highly erogenous area when the opportunity presents itself. The frenulum, if you’re unfamiliar, is the most sensitive part of the penis, located on the underside of the shaft, just below the head.

It is particularly responsive to light and soft touch, so try massaging and tapping the area with the tips of your fingers, or kissing and flicking it with your tongue. Vibrating toys are another fantastic option, and while there are many playthings specifically designed to tickle this area, any vibrating toy will do.

Think of the foreskin as an extra part of the penis to have some fun with. One that’s chock full of nerve-endings.

Suck on it, stretch it out using your lips, flick it with your tongue, try a whole bunch of different things. Get creative! Those who are less sensitive might even enjoy a finger or tongue inside the foreskin, tracing along the coronal ridge (the rim of the head), another highly sensitive area on the penis. Just be gentle.

If you’re particularly adventurous, you can try nibbling the foreskin as well, starting with your lips over your teeth for a softer sensation. Whatever you do, don’t forcibly yank or pull the foreskin too hard.

If you’re using a condom, it’s generally preferred that the foreskin be retracted all the way before rolling the condom on the shaft.

“If you don’t roll the foreskin back, it can move up and down with play and scooch the condom up and off,” Queen cautions.

For some added stimulation, put two to three drops of lube in the condom to keep the glans lubricated. This will also help the condom slide against the frenulum, which can add a welcomed sensation since condoms are largely considered to do the opposite.

Set forth and stimulate.

As you can see, not all penises are treated and stimulated equally. But that’s not to say you should be intimidated or deterred by an uncircumcised penis, it just might require a little more communication, which is never a bad thing when it comes to sex.

Besides, you’re already reading this article, which means you’re being proactive and educating yourself on pleasing an uncircumcised partner, so give yourself a pat on the back.

Now get to work and show them what you’ve learned.

Bobby Box is a certified sex educator and journalist who has been writing about sexuality for nearly a decade. His work has been published in reputable publications all across the internet. He is currently the sex columnist at Grindr.